Stephen Pimpare’s Ghettos, Tramps, and Welfare Queens is a unique jaunt through Hollywood films that feature society’s most marginalized and maligned, the homeless and the poor. Pimpare, PhD, is a senior Lecturer in American politics and public policy at the University of New Hampshire and has authored two previous books on poverty and political policy. And while Pimpare carefully acknowledges he is not a film scholar, his insightful examination of the way film (re)presents the poor and homeless is a valuable addition to both political science and cinema scholarship. Overall, Ghettos, Tramps, and Welfare Queens is a perceptive look at the intersections of popular imagery and public policy.

In his introduction, Pimpare outlines the goals of the text: to examine the ways “poverty policy and policy history appear on screen. . . and how well that comports with our historical knowledge and the current reality” (xvii).  To achieve this goal, he makes a point of distancing himself from both film and cultural studies scholarship and what he claims is their unending search for meaning. Instead, he seeks to evaluate the authenticity of the cinematic representations of the poor and homeless and what may have influenced such portrayals (xviii). The introduction spends a bit of time explaining the book’s interstitial position between political science, film, and cultural studies, and though I feel Pimpare’s goal is not much different from other cultural analyses of film representation, he feels the need to clearly, and derisively at times, separate this study from these analytical frameworks. The introduction continues by defining what poverty or homelessness may look like on screen, i.e., “a state of material want” (xxii) or food insecurity. Such characters are often identified in film by their geography, such as living in ghettos, on urban streets, or desolate rural areas (xxiii). Real-world causes of poverty and homelessness are discussed at length and the introduction concludes by reaffirming the claim that public policy is affected by cultural attitudes, which are, in turn, influenced by popular culture artifacts such as Hollywood films.

The book is divided into two parts and a conclusion. Part one, “In the Ghetto: Poor Places and the People in Them,” examines the urban poor and all its filmic manifestations. Chapters one through eight look at the ways urban geography frame stories of poverty and homelessness. In chapter one, the city is portrayed as a corrupting influence and early film often suggested a “structural explanation for poverty rather than a behavioral one” (7). Pimpare offers detailed and compelling, but brief, analyses of such films as D. W. Griffiths One is Business, the Other Crime (1912) and A Corner in Wheat (1909), and 1937 Boys of the Streets starring Jackie Coogan, and, not surprisingly, ends the chapter by aligning the film representations of the poor to public policies and attitudes of the time. Chapter two “Modern Gangs and Ghetto Gurls” examines depictions of race and poverty in films like Shirley Clarke’s The Cool World (1964), Boyz N the Hood (1991), Straight out of Brooklyn (1991), Menace to Society (1991), and Fresh (1994). Pimpare offers an extended discussion of the representations of race and poverty for some of these films, others he gives a cursory summary and brief commentary. The following chapters follow the same strategy: chapter three, four, and five offer excellent and insightful discussions of filmic representations of poverty and crime, the social worker, and the welfare queen, respectively. Both chapters four and five also merge film portrayals with the real experiences of women in poverty, further asserting his claim that film tends to influence public attitudes and policy. Chapter six, however, is particularly weak and consists mostly of plot summaries with little analysis or connection to Pimpare’s broader goal. Chapter seven, on the other hand, offers an engaging analysis of how place matters and how films display an awareness of the part space and place play in depictions of poverty. The chapter opens with One Third of a Nation (1939) and how it and similar films work hard to humanize and absolve landlords and instead shifts the blame for the terrible conditions to the tenants themselves, emphasizing a clear shift in how poverty and the poor are portrayed on screen. Pimpare offers excellent comparisons of films that both blame the tenants and the landlord for the physical decay around them, demonstrating the range of cinematic representations of the urban poor. This section ends with chapter 8, “Escaping the City: Rural Poverty,” which also merges real life conditions with how those conditions are depicted on film and functions as a perfect transition to part two.

Part two, “On the Street, On the Road: Poor out of Doors,” examines rural poverty and homelessness beginning with that beloved character, Charlie Chaplin’s Tramp. Here, Pimpare describes the evolution of the cinematic depiction of the homeless man: “Vaudevillian (to be laughed at), a Villain (to be feared), a Victor (to be celebrated and held up as a hero), or a Victim (to be pitied)” (139). Chapter nine through eleven take the reader through each of these stages of the Tramp character. Pimpare traverses how Chaplin’s Tramp began as a not-so-sympathetic character in Kid Auto Races at Venice (1914), Mabel’s Strange Predicament (1914), and In the Park (1915), later evolving into a sympathetic, solitary, and poignant character in The Tramp (1915). Pimpare then explores various Chaplin biographies in his search for a reason why the Tramp became such an anomaly in cinematic depictions of hobos, tramps, and loafers. Chapter ten examines the “Hobo Played for Laughs” opening with the French film, Boudu Saved From Drowning (Simon, 1932) and how the American remake, Down and Out in Beverly Hills (Mazursky 1986) works hard to make Jerry (the Boudu character) sympathetic, a “statement and a symbol” of melodrama, an embittered, isolated person made whole through the experience of poverty (160). Chapters eleven and twelve, focus on films made about and during the Great Depression, repeating a somewhat tedious pattern of film summaries followed by brief insights.

Chapter thirteen, “The Depression Through the Eyes of a Child,” features discussions of films like Paper Moon (1973) and The Journey of Natty Gann (1985) and how children experience poverty on screen. The chapter mostly gives brief summaries and recognizes the familiar generic pattern of poor child on a bildungsroman quest to find a parent or a better situation, overcoming the odds, and growing up along the way. Chapters fourteen, fifteen, and sixteen examine the modern hobo character as Villains (Scanners, C.H.U.D., Street Trash), Victors (The Prince and the Pauper, The Bride Wore Red, In Pursuit of Happyness), and Victims (The Grapes of Wrath, With Honors, Resurrecting the Champ). Chapter fourteen examines the few films that feature women and children who are homeless. In this chapter, Pimpare offers an extended discussion of the lack of representation of women both in front of and behind the camera, which contrasts markedly with the reality of poverty in the United States, which affects more women than men (271).

Pimpare’s conclusion is critical of an industry that has “little knowledge of poverty and homelessness to draw on” yet attempts to portray these experiences (294). According to Pimpare, such portrayals reinforce stereotypes about the poor while at the same time underscoring modern beliefs that poverty and homelessness are caused by personal failures in morality and work ethic. But more importantly, Pimpare calls for a “serious effort” on the part of filmmakers and viewers to learn real empathy, to “consider the range of their actually existing choices and the forces that constrain them” rather than buy into the sanitized and one-dimensional portrayals of the poor and homeless in popular films (295). A shift in attitudes towards the poor, he argues, will in turn shift public policies towards help and uplift, and away from the current penalizing restrictions and limitations on assistance. Pimpare argues that film has the potential to change public attitudes about the indigent.

Overall, Pimpare’s Ghettos, Tramps, and Welfare Queens is an enlightening study on the ways in which popular film can have long lasting effects on public attitudes and stereotypes about the marginalized. While the film summaries can be tedious in some chapters, others are very insightful. One quite glaring omission, which occurs throughout the book, is any in-depth discussion of the intersections of race, gender, and poverty. While Pimpare, rightly, concludes that Hollywood’s depictions of poverty generally reinforce stereotypes, he completely misses those same stereotyped depictions of race or gender.  There is no extended discussion of race or gender at all, and yet the title’s discourse itself calls attention to one of the most racially charged gendered terms—Welfare Queens—and to the space most often linked in popular culture to poor African Americans—the Ghetto. Pimpare briefly mentions the shift in perceptions about poverty that began in the late 1980s where the poor were being framed as complicit in their poverty (laziness, drug use, etc) rather than as victims of failed or discriminatory public policies.  The term Welfare Queen itself became a dominant part of the changing narrative that blamed the poor for their poverty, and blamed blacks for the racism they experienced (Welfare Queen is a stereotype of black women who are characterized as both promiscuous and lazy). The term also placed the onus of poverty on women rather than men in an era when women were actively challenging traditional domestic gender roles. There is no context given for the Hollywood depictions of race or gender in poverty, despite a large and established body of scholarship about these very  conditions, which leads to a misperception about the forces undergirding Hollywood depictions of poverty. Pimpare often concludes that the films tend to “reflect the zeitgeist”(225) instead of questioning whether or not the film’s were complicit in presenting conditions of poverty and stereotypes about race as the “norm.” Hollywood has a long history of racist portrayals and to elide any discussion of that history and its influence on depictions of poverty is disingenuous.

A couple other weaknesses worth mentioning: it would have been nice if film release dates were included for all films in the text instead of just in an appendix at the end. Sometimes the chapters are confusing chronologically—a silent film from the 20s will be in the middle of a discussion of films from the 80s or 90s, in some ways hurting the initial goal of showing a progression of such portrayals. But these are minor in the overall contribution Pimpare’s study does make to the ways in which visual media can function in shaping public attitudes and policy.

Debbie Olson, PhD, is assistant professor of English at Missouri Valley College. Her research interests include images of children in visual media, Hollywood film, critical race and cultural studies. She is Editor-in-Chief of Red Feather Journal: an International Journal of Children’s Popular Culture (www.redfeatherjournal.org), author of Black Children in Hollywood Cinema (2017), and editor of  The Child in World Cinema (Lexington 2017), The Child in Post-apocalyptic Cinema (2015) and many others. She is series editor for Lexington Books’ Children and Youth in Popular Culture Series. Olson is currently at work on her next monograph, Youth in Transition: The Child in New Hollywood Cinema. 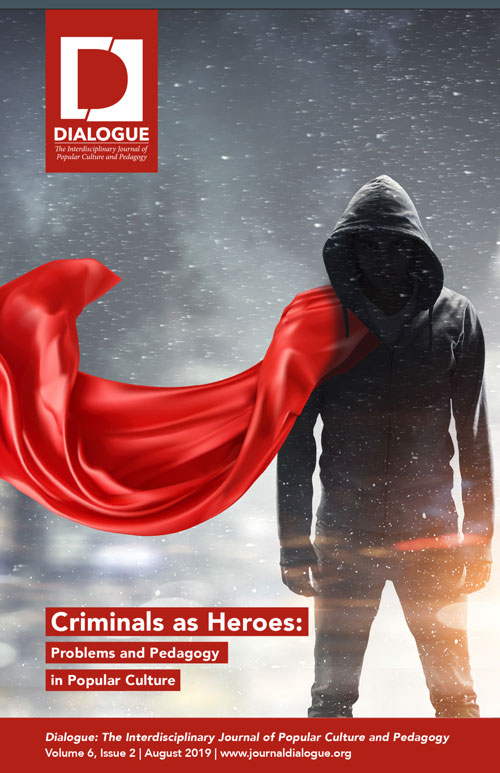