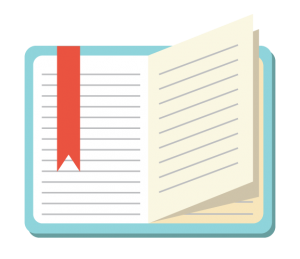 Beyond Charlottesville: Cultural Wars, White Nationalism, and the Peril of American Democracy

August 11–12, 2022 marks the fifth anniversary of the “Unite the Right” rally in Charlottesville, Virginia. In 2017, White supremacists carried out two days of violence, culminating in the death of Charlottesville native Heather Heyer (killed by neo-Nazi James Fields of Ohio). While the “Unite the Right” rally was grounded in its opposition to the removal of a Robert E. Lee monument, its subtext was White nationalism. This movement had gained momentum during the election of America’s first Black president Barack Obama (2009–2017) and was subsequently inflamed by President Donald Trump (2017–2021), whose rhetoric and policies aligned with White nationalist ideologies.

Since the rally, White nationalism in the United States has become normalized by Donald Trump, the media, and a right-wing political machine. Many of America’s internal conflicts simmer with an undercurrent of racism: immigration, protests during the U.S. national anthem, “cancel culture,” the politics surrounding the COVID-19 pandemic, QAnon conspiracy theories, the resurgence of the Black Lives Matter Movement, Critical Race Theory, and “election integrity” or “The Big Lie.” On January 6, 2021, thousands of people stormed the U.S. Capitol with the intention of harming elected officials and overturning the 2020 presidential election. In this riot, like the rally in Charlottesville, a mostly White mob assembled in force, this time to enter the legislature. The shocking invasion led to violence, destruction of public property, injury, and death.

While there are other scholarly and journalistic publications examining the “Unite the Right” rally, this timely special issue looks at how the event, as a stepping stone, furthered the country’s problems. We are looking for original, in-depth articles/essays (a theoretical or practical discussion) reflecting on the 2017 “Unite the Right” rally in relation to popular culture and pedagogy. How did it help precipitate current cultural conflicts? In what way was the rally a social turning point for rising White nationalism in our country? How did it help lead further to an imperiled American democracy?

We encourage essays to be based on how the rally relates to cultural issues such as the following:

The writing guidelines for the essays are the following:

When submitting an essay, please confirm that your work is

Topics are particularly welcomed that address a scholarly examination of popular culture and pedagogy, such as:

Dialogue: The Interdisciplinary Journal of Popular Culture and Pedagogy

Dialogue is an open access online journal that explores multiple aspects of American and global popular culture and offers a scholarly examination of the broader culture in which we live, addressing relationships between literature, culture, music, technology, gender, ethnicity, and media. As an open access journal, it is free to submit and read all content. Read more.