In his address at the School of Architecture at McGill University, Arthur Erickson, modernist architect and urban planner, declared that “whenever we witness art in a building, we are aware of an energy contained by it. The intensity of that energy reflects the intensity of the creative act, the degree of devotion invested in the work, that is communicated immediately to the viewer.” Erickson’s words, in the opinion of this reviewer, perfectly communicate The Design Museum in London: from visitors’ first impressions entering the immense foyer, continuing up to the top-floor and permanent gallery.

Reopened November 24, 2016, The Design Museum already feels comfortable in its new surroundings, situated in the trendy and upmarket location Kensington High Street (from its previous address at the former 1940s banana warehouse on the south bank of the Thames). Yet, it does everything in its efforts to stand out. The Design Museum, in the spirit of Erickson’s ideas (as expressed in his McGill address), exuberates the “energy contained by it.” Specifically, the architecture and space perfectly captures, and moreover curates, the energy and ambition of designers of the twentieth and the twenty-first century in one successful public space. This is entirely due to the unique vision for the museum by British minimalist architect John Pawson and Rem Koolhaas’ OMA (Office for Metropolitan Architecture) group.

Of particular note are two exhibitions on display at the time of The Design Museum’s opening: “Designer Maker User,” the permanent collection situated on the top-floor, and “Fear and Love: Reactions to a Complex World,” which was situated in the ground-floor gallery between 24 November 2016 – 23 April 2017.

Illustrating the interconnectedness of design, production and the end user experience, “Designer Maker User” takes advantage of its proud display of over a thousand items – ranging from engineering, product design, fashion, graphic design and architecture – from the twentieth and twenty-first century. Standout features include the simple yet effective (and seemingly timeliness) designs of British road signs by Margaret Calvert and Jock Kinneir, a standard of design that is experienced daily by drivers and pedestrians, nationwide, alike; American technology giant Apple’s technological breakthroughs which, especially at the helm of British designer Sir Jonathan Ive, have had a profound influence on how we access computers, music and mobile devices since the 2000s; and a range of timeless products like the Vespa Clubman (by Corradino d’Ascanio, 1946), the Phonosuper SK5 record player (by Hans Gugelot and Dieter Rams, 1956) and Japanese entertainment giant Sony Computer Entertainment’s paradigm shifting PlayStation 1 games console (1994). The success of the “Designer Maker User” exhibition is that it communicates, with clarity, not only the value of the fusion between design, production and the end user, but it invites its audiences, with the aid of nostalgia, to experience the demonstration of the twentieth and twenty-first century’s contribution to not only technology, architecture and graphic design, but to lifestyle and society.

“Fear and Love” carefully considers its exploration of both the positive and negative effects of design and technology socially and politically, as the collection explores themes such as identity, culture, sexuality and geography; everyday life, such as fashion and home furnishings; lifestyle, notably nomadism, and commerce, whilst also ruminating on pressing contemporary issues, which connect as well as divide, such as globalization, the environment, technological anxiety and privacy. Notable pieces, in the opinion of this writer, include OMA’s reaction to the Brexit vote, “Pan-European Living Room,” in which the group furnished a space with designs from each of the member countries, the room colourfully illuminated by the pouring of light through the striped blind, the colours of a flag designed by the firm for the EU in 2001; Jaque’s “Intimate Strangers,” an audiovisual installation made up of four films that explores the impact of social networking culture, specifically gay dating apps, on identity, the pursuit of love and sex, the body, and perception of the urban spaces; and finally, Gannon’s installation “Mimus,” a 1200 kg robot that has been programmed, using custom software, to sense and respond to the presence of people near its glass enclosure as they stand or move past it. Gannon’s piece, with the support of software company Autodesk, addresses head-on our increasing anxieties about technology and specifically robots, an anxiety at the fore of a string of recent (and not so recent) science fiction films such as I, Robot [Alex Proyas 2004] and A.I. Artificial Intelligence [Steven Spielberg 2001], for example, and attempts to demonstrate that we, as humans, have the capacity to develop empathy and companionship with machines.

On a last note, one must consider and commend the setting of the exhibition, within the Sam Jacobs Studio designed space. Sam Jacobs Studio deserves merit, as with its careful design, it attempted, and moreover succeeded, to overcome some of the environmental obstacles that museums sometimes place between its exhibitions and its viewing (and in this case, interacting) public. The ambition of Sam Jacob Studio’s design is intelligent from the start: from with the firm’s creation of the huge 2.5 meter glass box containing the fantastic neon “Fear Love” sign at the entrance to the exhibition space, to the translucent and minimalistic drapes that guide visitors through the exhibition; the bespoke steel and glass cases and cabinets that not only house and display the installations; to the framing of the information and the mounting of iPads to allow for ease of accessibility and promote interaction. “Fear and Love,” whilst problematising the relationships between design, technology and the modern world and provoking numerous concerns over the impact of globalisation and technology on identity, society, politics, commerce and culture, never seeks to answer such questions. Rather, as architect and designer Edwin Heathcote suggests in his Financial Times review, it “creates another set of complications.”

[1] Justin McGuirk’s writing – which covers various subject matters including architecture, design and cities – has appeared in a range of mainstream news outlets, such as The Guardian and Al Jazeera, and notably design-centred publications, such as Dezeen and Icon magazine, which he was also the editor of. He is also the writer of Radical Cities: Across Latin America in Search of a New Architecture (Verso, 2015).

Michael Samuel is a doctoral researcher at the University of Leeds. His research examines the deployment of British heritage across a variety of British non-fiction television series and how they function in the wider context of the current heritage climate. He was awarded both a Masters by Research in Media Studies and a BA in Screen Studies from Swansea University, and a PGCE from the University of Wales Newport. He has published widely on British and American television and contemporary television viewing cultures, video games, fiction and reviews. His work has been featured in edited collections, The New Western, 10 Years After Katrina and Exploring Downton and journals, University of Toronto Quarterly, Birmingham Journal of Literature and Language, Journal of Popular Culture, Journal of Popular TV and Studies in European Cinema. He is the co-editor (with Dr Scott F. Stoddart) of True Detective: Critical Essays on the HBO Series (Lexington Books 2017).

MLA
Samuel, Michael. “Review: The Design Museum, London, and ‘Fear and Love: Reactions to a Complex World.’” Dialogue: The Interdisciplinary Journal of Popular Culture and Pedagogy, vol. 4, no. 1, 2017, www.journaldialogue.org/issues/v4-issue-1/the-design-museum-london-and-fear-and-love-reactions-to-a-complex-world/ 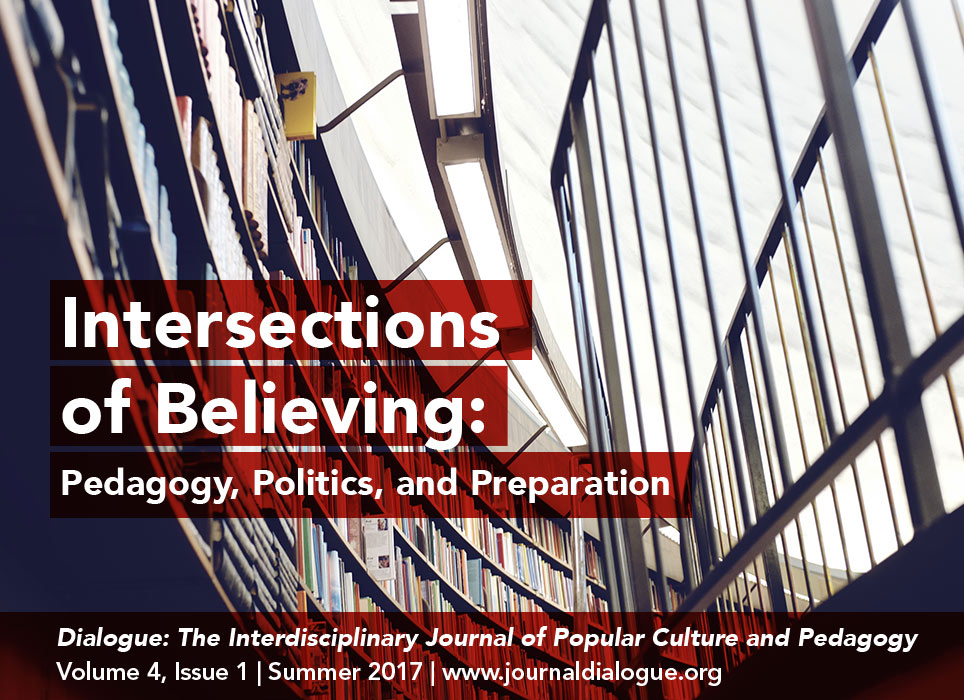